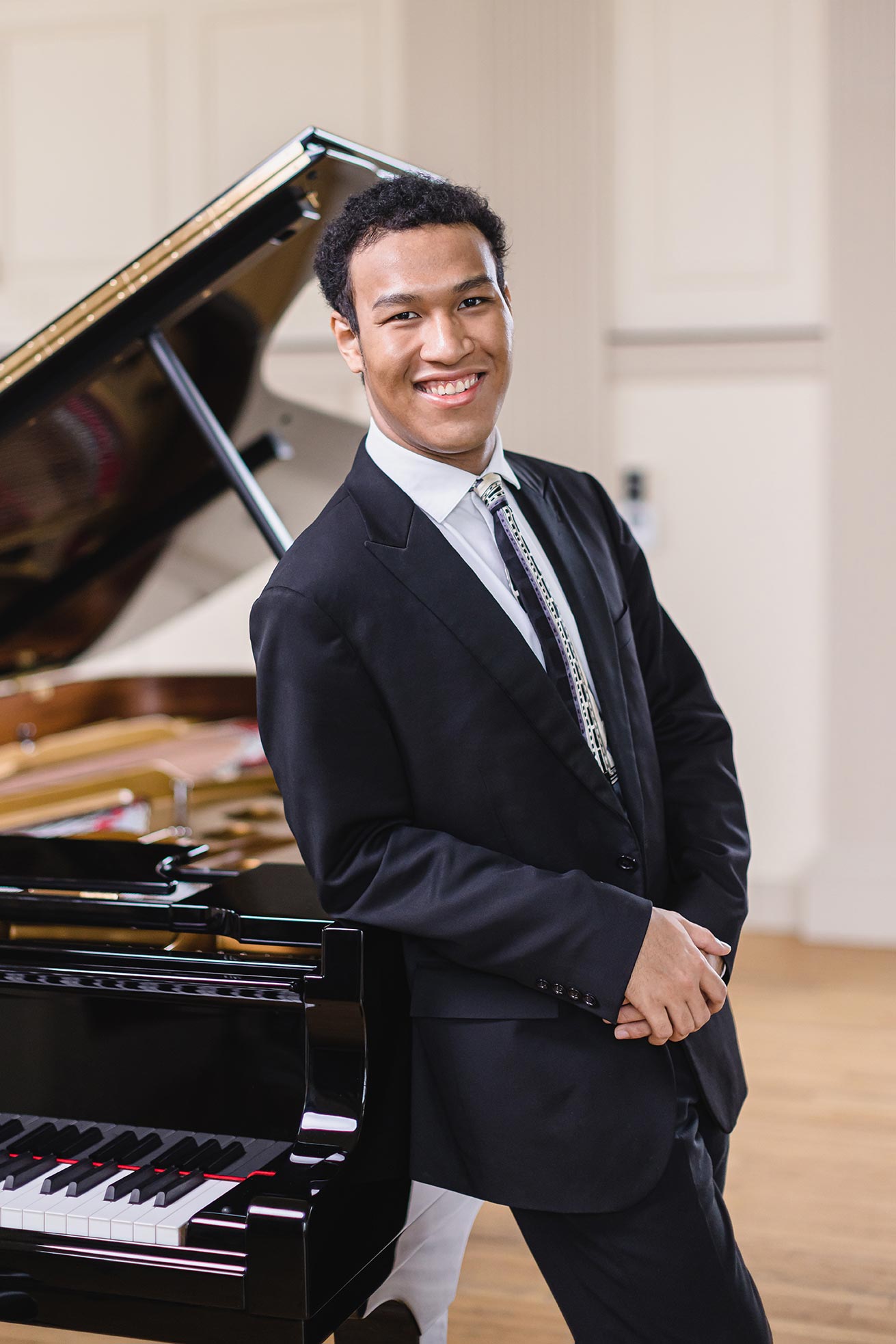 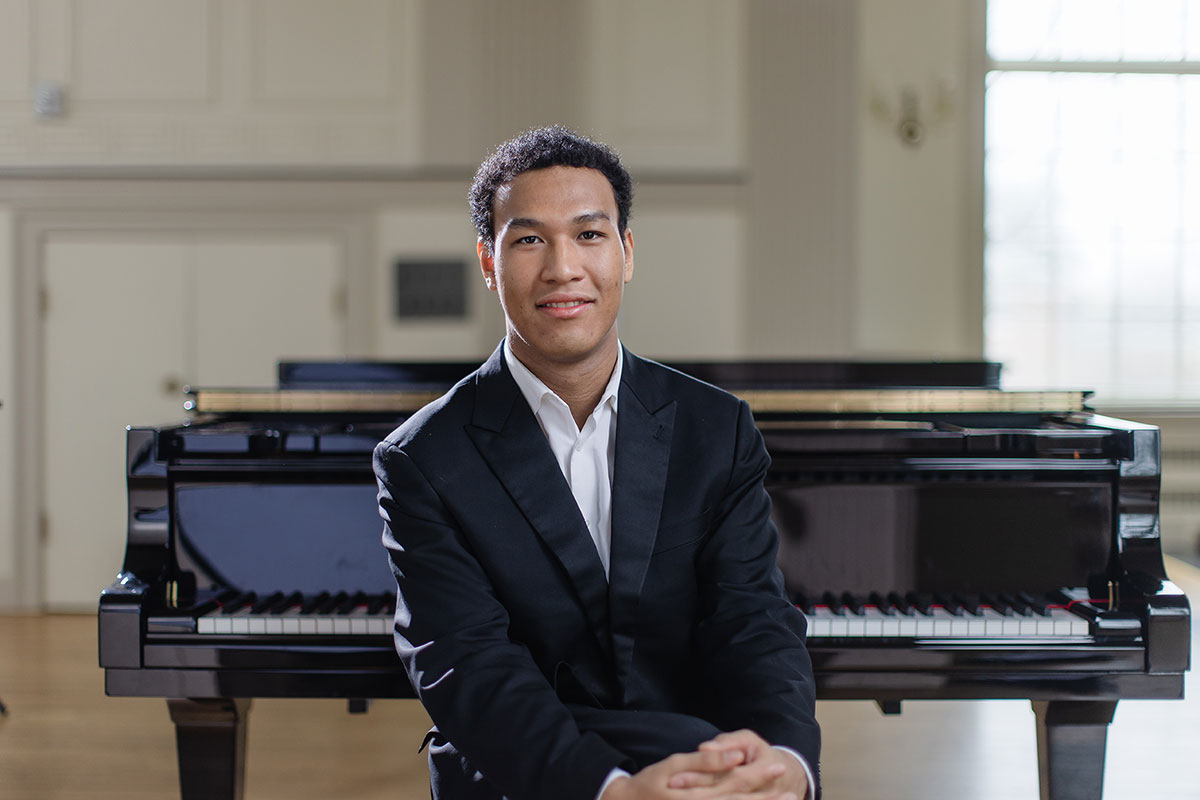 American pianist Clayton Stephenson’s love for music is immediately apparent in his joyous charisma onstage, expressive power, and natural ease at the instrument. Hailed for “extraordinary narrative and poetic gifts” and interpretations that are “fresh, incisive and characterfully alive” (Gramophone), he is committed to making an impact on the world through his music-making.

Growing up in New York City, Clayton started piano lessons at age 7 and was accepted into the Juilliard Outreach Music Advancement Program for underprivileged children the next year, where he attended numerous student recitals and fell in love with music. At the age of 10 he advanced to Juilliard’s elite Pre-College program with the help of his teacher, Beth Nam. At Juilliard he studied with Matti Raekallio, Hung-Kuang Chen and Ernest Barretta. Clayton practiced on a synthesizer at home until he found an old upright piano on the street that an elementary school had thrown away; that would become his practice piano for the next six years, until the Lang Lang Foundation donated a new piano to him when he was 17.

He credits the generous support of community programs with providing him musical inspiration and resources along the way. As he describes it, the “3rd Street Music School jump-started my music education; the Young People’s Choir taught me phrasing and voicing; the Juilliard Outreach Music Advancement Program introduced me to formal and rigorous piano training, which enabled me to get into Juilliard Pre-College; the Morningside Music Bridge validated my talent and elevated my self-confidence; the Boy’s Club of New York exposed me to jazz; and the Lang Lang Foundation brought me to stages worldwide and transformed me from a piano student to a young artist.”

Recent and upcoming highlights of Clayton’s burgeoning career include appearances with the Calgary Philharmonic, Chicago Sinfonietta, and the Fort Worth, Louisville, Lansing and North Carolina Symphony Orchestras; as well as recitals at the Phillips Collection Concert Series in Washington, DC, Foundation Louis Vuitton Auditorium in Paris, Bad Kissinger Sommer Festival and BeethovenFest in Germany, Colour of Music Festival, Ravinia Festival and Weill Recital Hall at Carnegie Hall.  He has been featured on NPR, WUOL, and WQXR, and appeared in the “GRAMMY® Salute to Classical Music” Concert at Carnegie’s Stern Auditorium.

He now studies in the Harvard-NEC Dual Degree Program, pursuing a bachelor’s degree in economics at Harvard and a master’s degree in piano performance at the New England Conservatory under Wha Kyung Byun. And his accolades along the way have been numerous - in addition to being the first Black finalist at the Van Cliburn International Piano Competition in 2022, he was named a 2022 Gilmore Young Artist, as well as a 2017 U.S. Presidential Scholar in the Arts and a Young Scholar of the Lang Lang International Music Foundation. He also received  a jury discretionary award at the 2015 Cliburn International Junior Piano Competition and Festival.